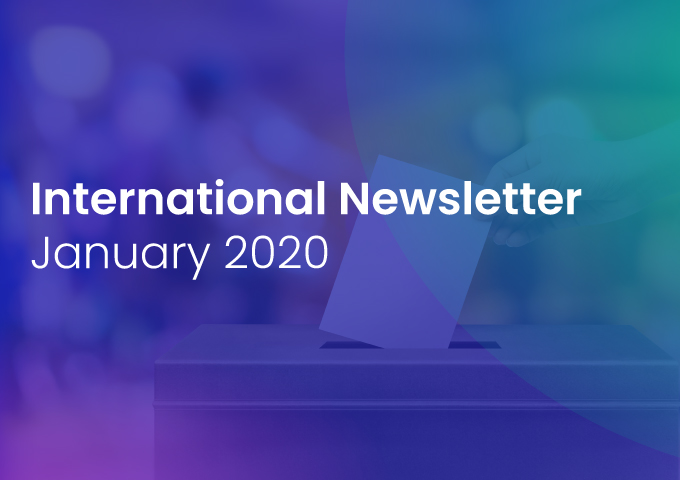 2020 began with the publication of the Corruption Perceptions Index 2019 by Transparency International. Despite the pitfalls inherent in aggregating perception surveys, which are no substitute for genuine qualitative analysis, the index indicates that a significant number of countries are showing little or no sign of improvement in tackling corruption. While this finding may seem discouraging, it should not detract from the considerable efforts made by those involved in preventing corruption. The New York Times investigation, which revealed a massive fraud mechanism in the European Union’s Common Agricultural Policy, the revelations of the International Consortium of Investigative Journalists concerning the financial malpractice of Isabel Dos Santos, or the work of the Malaysian Anti-Corruption Commission unearthing the 1MDB scandal, have shown us how the dedication of investigators, journalists and public officials is contributing on a daily basis to the fight for integrity in public life. Such vigilance on the part of civil society is particularly important in countries where combatting corruption is sometimes exploited, whether as a campaign pledge in Guatemala or as a means to purge the country politically in China. In January, as often before, current events have served to remind us of the need to strengthen independent checks and balances that guarantee integrity in public life.

The European Banking Authority (EBA) nominated Ireland’s Gerry Cross as its new Executive Director, but the European Parliament rejected the candidate in committee due to his previous work for the Association for Financial Markets in Europe (AFME). This decision, which has yet to be confirmed at a plenary session in the coming weeks, has once again highlighted the issue of revolving doors. Indeed, the EBA recently allowed its former Executive Director, Adam Farkas, to join AFME. This decision sparked anger among MPs as well as criticism from NGOs such as Finance Watch and Corporate Europe Observatory. (Les Echos, 23 January 2020) (Bloomberg, 23 January 2020)

A New York Times investigation carried out in nine countries has shown that a portion of the €65 billion a year from the Common Agricultural Policy (CAP) intended for farmers was diverted for the benefit of Eastern European oligarchs. The investigation has also shown that a real agricultural mafia thrives in these countries thanks to a system of corruption, including at the highest levels of government. To tackle this issue, on 23 January the new European Commissioner for Agriculture, Janusz Wojciechowski, promised anti-corruption measures. (Slate, 17 January 2020) (New York Times, 23 January 2020)

An investigation by the International Consortium of Investigative Journalists (ICIJ) published on 19 January has shown how Isabel Dos Santos, daughter of Angola’s former president, embezzled a billion euros of public funds from Angolan companies. The scandal has also shown how a whole constellation of auditing, law and consulting firms have sometimes turned a blind eye to the dubious origin of the fortune of their client Isabel dos Santos, in particular the « Big Four », the world’s four biggest accounting firms. On 20 January, the Angolan judicial authorities declared they would use « every means » to bring Isabel dos Santos back to the country. The billionaire is currently said to be living between London, Dubai and Portugal. (RTL, 23 January 2020) (RFI, 22 January 2020)

In mid-January, two senior Ugandan government officials were charged with money-laundering, corruption and abuse of power over the awarding of contracts at refugee camps. Robert Baryamwesigwa and Fred Kiwanuka, at the time both commandants at the Bidi-Bidi refugee camp in the north of the country, allegedly demanded and received bribes amounting to 393 million Ugandan shillings (about €100,000) between 2016 and 2017. In 2019, the United Kingdom and Germany withdrew aid to refugee resettlement operations in Uganda as a result of malpractice unearthed by an internal UN audit. (The Guardian, 17 January 2020)

On Tuesday 28 January, just one hour before the start of a parliamentary session to consider the Israeli Prime Minister’s request for immunity, Benjamin Netanyahu stated that he was withdrawing the request. In November 2019, the Prime Minister was charged with bribery, embezzlement and breach of trust in connection with three separate cases. In early January, he asked Parliament (the Knesset) to grant him immunity after the next general elections on 2 March, counting on his victory to protect himself from justice. However, he does not currently have a majority of support in the Knesset and the opposition parties convinced a majority of MPs to consider his request for immunity before the elections. Legal proceedings against Mr Netanyahu could now be speeded up and a trial could even begin before the 2 March general elections. (France 24, 28 January 2020) (BBC, 28 January 2020)

On Saturday 4 January, the head of Egypt’s tax authority, Abdul Azim Hussein, was arrested on charges of receiving bribes. He allegedly received bribes from some chartered accountants who had dealings with the tax authority. The Egyptian authorities have made considerable efforts in recent years to improve tax collection, reduce tax evasion and launch public campaigns to encourage taxpayers to be compliant. Several senior officials have been arrested on corruption charges under Abdel Fattah al-Sisi’s presidency over the last five years, and Egypt moved up 12 places in Transparency International’s corruption index in 2018 to 105 out of 180 countries. (Reuters, 4 January 2020)

Peru’s opposition leader Keiko Fujimori was arrested on Tuesday, with the court ordering her return to prison for her involvement in the Odebrecht corruption case. The Peruvian court’s decision to re-imprison Ms Fujimori has delivered a further blow to the country’s main political force. The leader of the Fujimori opposition is facing charges in connection with the investigation into the Odebrecht scandal, which derives its name from the Brazilian construction giant. The latter has admitted to paying bribes to numerous Latin American political leaders, including four former Peruvian presidents. (RTBF, 29 January 2020) (BBC, 29 January 2020)

On Tuesday evening, Alejandro Giammattei came into office as President of Guatemala after he was elected following a pledge to combat the corruption plaguing the country. Mr Giammattei’s predecessor, Jimmy Morales, a personality from the world of entertainment and television with no political experience, was also elected after pledging a relentless fight against corruption. Implicated in murky deals, and in particular suspected of illegally financing his successful election campaign, Jimmy Morales last year terminated the mandate of the CICIG, a UN anti-corruption commission. Mr Giammattei’s opponents accuse him of not wanting the UN experts to return, and feel that he is thus stripping all credibility from his pledge to combat corruption. (AFP, 15 January 2020) (Al Jazeera, 16 January 2020)

Former Malaysian Prime Minister, Najib Razak, allegedly sought help from the United Arab Emirates to cover up and launder a multi-billion dollar embezzlement on behalf of his company, 1MDB. The Malaysian Anti-Corruption Commission has revealed the existence of audio recordings dating back to 2016 between Razak and Mohamed ben Zayed (MBZ), Crown Prince and strongman of the UAE confederation, in an effort to find a solution and help. 42 charges are now being brought against Razak by Malaysia. (Marianne, 15 January 2020) (Al Jazeera, 8 January 2020)

Meng Hongwei, the former Chinese President of Interpol, who vanished in 2018 from the International Police Organisation’s headquarters in Lyon (France), was sentenced to 13 and a half years in prison for bribery, said the court on 21 January. A former vice-minister of Public Security in China, Meng is one of many senior Communist leaders to be caught in the anti-corruption campaign launched in 2013 by President Xi Jinping shortly after he came to power and which has already punished at least 1.5 million Chinese Communist Party officials, according to official figures. This « clean hands » operation, which is very popular with a public weary of corruption, is also suspected of serving to bring down internal opponents of the line pursued by China’s Head of State. Meng Hongwei’s wife and two children were granted political asylum in France at the beginning of May, according to their lawyer. His wife claimed to have been the victim of an attempted kidnapping. (Le Figaro, 21 January 2020) (NPR, 21 January 2020)

On Thursday 30 January, the Frankfurt Public Prosecutor’s Office confirmed that police raids had taken place in several offices and homes in Germany and Belgium in an attempt to trace money laundered through the so-called « Azerbaijani Laudromat » system. One current and one former member of the German Parliament (Bundestag), who are accused of bribing public officials, were targeted in the raids. The German daily newspaper Süddeutsche Zeitung reported that police have been investigating CDU (Christian Democratic Union) MP Karin Strenz, and former CSU (Christian Social Union) MP Eduard Lintner. Both are suspected of « bribery of public officials ». The investigation was prompted in particular by a complaint filed by Transparency International Germany against the two public officials in 2019. (OCCRP, 30 January 2020)

On 28 January, having been under investigation for nearly four years in the United Kingdom, the United States and France, and facing allegations of corruption and non-compliance with arms export laws, Airbus reached an agreement in principle with the French National Financial Prosecution Service, the British Serious Fraud Office and the United States. The European aircraft manufacturer agreed to pay approximately $4 billion (€3.6 billion) in penalties to bring an end to the investigations. The company says it discovered the facts during an extensive internal audit and decided to report itself, in particular to avoid possible prosecution through provisions contained in British (UK Bribery Act) and French (the so-called « Sapin II » Law) legislation. The latter provides for exemptions from penalties for companies that voluntarily report cases of corruption. Airbus was one of the first to do so in this case. (Les Echos, 28 January 2020) (The Financial Times, 28 January 2020)