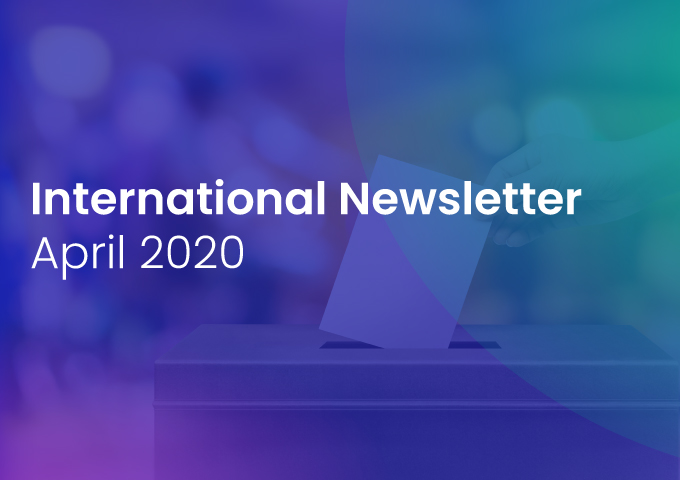 With the coronavirus pandemic continuing to dominate the headlines, some international organisations – the Council of Europe and the Financial Action Task Force among them – have published guidance on preventing corruption amid the health emergency. The health sector is particularly at risk, especially given the urgent need for medical supplies and the simplification of procurement rules. Other sectors are also concerned. In Colombia, for example, the Public Prosecutor’s Office has opened a criminal investigation against the Minister of Agriculture and several governors suspected of procurement irregularities in connection with the current crisis.

The European institutions are not immune from potential conflict of interest situations despite the pandemic, as evidenced by the European Commission’s selection of the company BlackRock to help it incorporate ESG-related factors into banking supervision, and the potential appointment of former EU foreign policy chief, Federica Mogherini, as Rector of the College of Europe. Regarding the rest of the world, recent notable events have included the departure, in Brazil, of the Minister of Justice, Sergio Moro, who accuses President Bolsonaro of political interference, and the arrest, in the Democratic Republic of Congo, of the President’s Chief of Staff, Vital Kamerhe, in the context of a sweeping anti-corruption investigation. Also worth mentioning is the new obligation incumbent upon Quebec MNAs to publish the details of their expenses on an annual basis.

Following a tendering process, the European Commission has awarded global asset manager BlackRock the contract for helping it incorporate ESG-related factors into banking supervision. Given that BlackRock is one of the top three investors in the world’s eight largest oil companies and one of the top ten investors in the world’s 12 largest banks, there are concerns about a major conflict of interests. (Le Point, 14 April 2020; The Guardian, 12 April 2020)

Also within the European Union (EU), Italian politician Federica Mogherini, formerly the High Representative of the Union for Foreign Affairs and Security Policy and Vice-President of the European Commission (2014-2019), is in the running for the position of Rector of the College of Europe, a role previously only held by professors. With two campuses, one in Bruges (Belgium) and the other in Natolin (Poland), the College is overseen by a Rector appointed by an Administrative Council, after securing the agreement of the Academic Council on which the professors sit. With the second term in office of the current Rector, German Professor Jörg Monar, soon due to end, a call for applications was launched a year ago. The potential appointment of Federica Mogherini, backed by Ursula von der Leyen, current President of the Commission (which provides up to 50% of the College’s funding, at an estimated €12m a year), has drawn widespread criticism. Some accuse Federica Mogherini of having no competence for the job (she has neither a doctorate nor academic experience), while others are concerned about a conflict of interests in light of her networks in the EU executive. What’s more, the EU’s Independent Ethical Committee has asked that she not be involved in applications for European grants. (Libération, 26 April 2020; The Parliament Magazine, 6 May 2020)

The Council of Europe’s Group of States against Corruption (GRECO) has published guidelines for the attention of its 50 member states, aimed at preventing corruption amid the health emergency caused by the Covid-19 pandemic. Issued by GRECO’s President, Marin Mrčela, these guidelines stress that the Covid-19 outbreak is exacerbating the risks of corruption, especially in the health sector, primarily owing to the urgent need for medical supplies, the simplification of procurement rules, overcrowded medical facilities and overburdened health workers.

The Financial Action Task Force (FATF) has also published a statement outlining the other risks of fraud such as embezzlement and counterfeit medicines, associated with the Covid-19 crisis.

A police report contends that the « mismanagement » allegations against Sepp Blatter, « were well founded » even if the Office of the Attorney General of Switzerland (OAG) has decided to drop one of the two investigations against the former President of Fifa. This investigation bears on Blatter’s signature, in 2005, of a « contract penalising Fifa », in which the 2010 and 2014 World Cup TV rights were awarded at a fraction of their true value to the Caribbean Football Union. At the time, this Union was headed up by Trinidad-and-Tobago national Jack Warner, whom Fifa has banned for life and the US Department of Justice has indicted over corruption claims. (La Croix, 29 April 2020; The Guardian, 30 April 2020)

In the Democratic Republic of Congo, President Félix Tshisekedi’s Chief of Staff has been arrested as part of a sweeping anti-corruption investigation touted as spurring a « renewal » of justice to end the impunity of political and business elites. This is the first time in the country’s history that a President’s Chief of Staff has been arrested. Vital Kamerhe, whose trial has been postponed to 25 May, must explain the use of public funds earmarked for financing major infrastructure work launched by the President after he took office. (Le Monde, 9 April 2020; Al Jazeera, 11 May 2020)

In Brazil, Minister of Justice Sergio Moro has resigned from the Government in the midst of the pandemic. The former anti-corruption federal judge, who sentenced Lula along with dozens of politicians to prison time in the “Lava Jato” case, accuses President Jair Bolsonaro of political meddling in federal police business. Bolsonaro has allegedly sought to influence police investigations in order to shield his family: one of his sons is under investigation for fictional positions and ties with Rio de Janeiro’s mafia, while another is suspected of orchestrating a secret presidential “Office of Hate” aimed at discrediting Bolsonaro’s opponents. The accusation of political interference could form the legal basis for an impeachment process before Congress, as was the case in 2016 with the former left-wing President, Dilma Rousseff. (Les Echos, 24 April 2020; The New York Times, 24 April 2020)

Since 1 April, Members of Quebec’s National Assembly have been under obligation to disclose details of their expenses every year. This decision was adopted by the Office of the National Assembly of Quebec. Among the expenses that will have to be published are the travel costs between the constituency and Parliament, accommodation expenses in Quebec and miscellaneous overheads for the constituency premises. Such information could not previously be accessed, even on the grounds of the Act respecting access to documents held by public bodies. (Le Journal de Québec, 11 May 2020)

Criminal investigations have been opened in Colombia against the Minister of Agriculture, four governors and 41 municipal officials for alleged misappropriation of emergency coronavirus funds. According to a press release from the Public Prosecutor’s Office, they are suspected “of procurement irregularities during the health emergency”. (Le Figaro, 25 April 2020; Washington Post, 26 April 2020)

The US Department of Justice (DOJ) says that it has recovered and repatriated to Malaysia around US$ 300m that had been misappropriated from the state-owned investment fund 1MDB and laundered. According to the DOJ, in all, the United States has helped Malaysia to recover more than one billion of the US$ 4.5bn lost in this far-reaching corruption scandal. The scandal has paved the way to a raft of criminal investigations and contributed to the downfall of former Malaysian Prime Minister Najib Razak, who is suspected of having gone on a lavish spending spree with the misappropriated funds. (La Croix, 15 April 2020; Reuters, 15 April 2020)

Ecuador’s former President (2007-2017) Rafael Correa has been handed down an eight-year prison sentence, at first instance, along with 17 other people including former Vice-President Jorge Glas. Rafael Correa has challenged this ruling, describing it as a “lie”. For the judges, “the investigation has demonstrated the existence of a corruption structure supervised by Rafael Correa”, with bribes having been paid in exchange for public contracts under the guise of presidential party financing. Rafael Correa is charged with being “an indirect perpetrator” of the crime. Should the sentence be confirmed by the appeal and supreme courts before the 2021 elections, then Correa could not stand as a contender. (Le Monde, 8 April 2020; France 24, 8 April 2020)

At the height of the coronavirus pandemic, officials close to Pakistan’s Prime Minister Imran Khan are alleged to have contributed to the hike in sugar and flour prices, exacerbating poverty among an increasing section of the population. A number of Imran Khan’s advisors and staff are accused of having organised a shortage of these food staples and piled pressure on farmers to export more sugar and wheat than usual, in return for generous public subsidies. Concerns have been raised of factional fighting within the governing party. This scandal is erupting amid an alarming rise in poverty across Pakistan. Since Imran Khan was elected as Prime Minister with the army’s backing, in July 2018, no fewer than 18 million people have fallen below the poverty line “because of runaway inflation and the economic slowdown”, in the view of economist Hafeez Pasha, former Finance Minister and diplomat at the UN. (Le Monde, 22 April 2020)