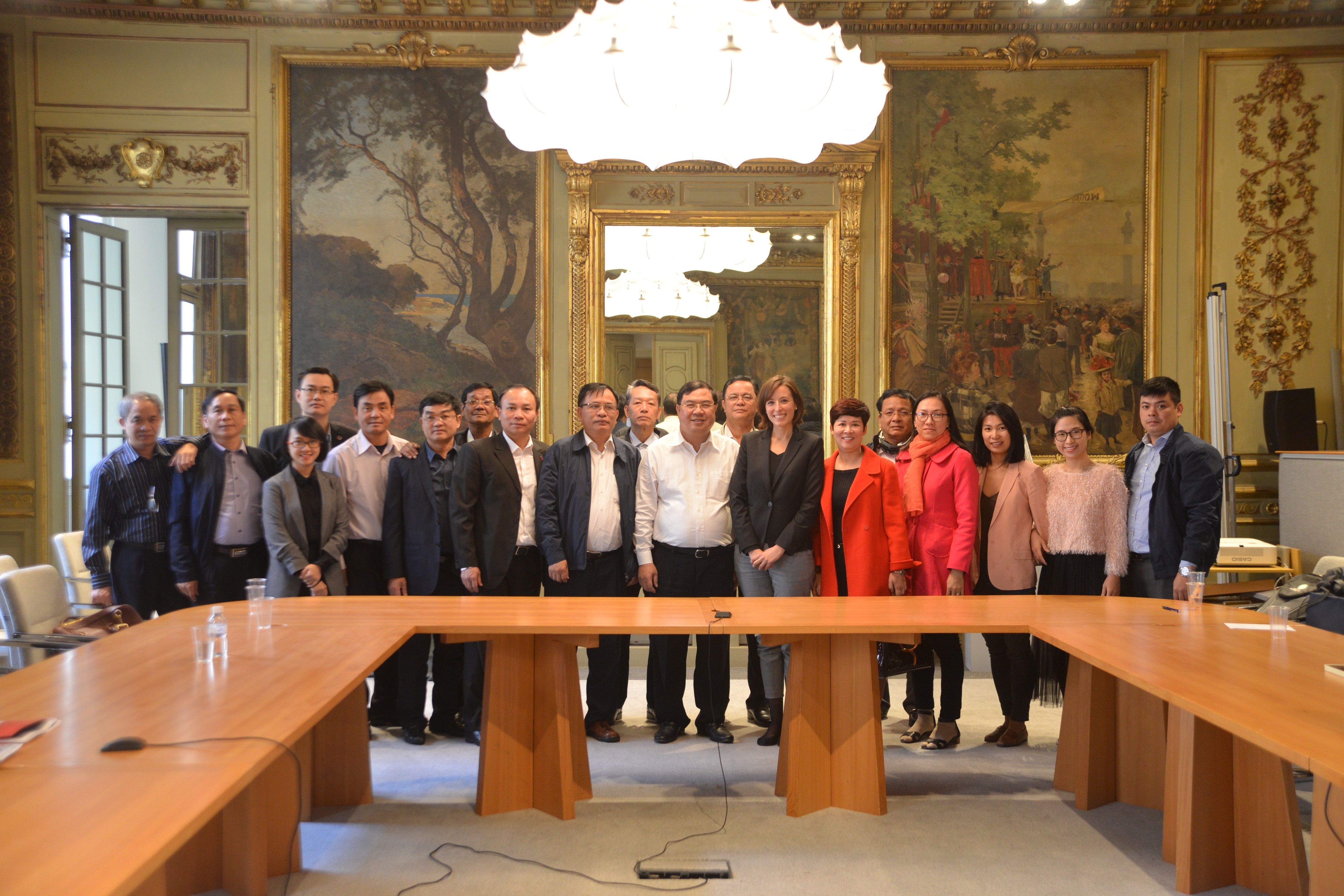 The High Authority has generated growing interest and thus is regularly solicited by international partners to discuss matters related to transparency, ethics and integrity in the public sector. As a result, in 2018, about 20 foreign delegations and leaders visited the High Authority. During the month of October, a Vietnamese delegation and a Guinean guest were received.

On 8 October 2018, the High Authority received a delegation of twenty public officials from the Central Commission of Internal Affairs of Vietnam. The Vietnamese authorities are currently considering a reform of the legal framework for corruption prevention. In this perspective, the delegation wished to know the French system in this area, exchange experiences and identify good practices. This visit followed on from the participation of the High Authority in a seminar on asset declarations held in Vietnam in August.

The delegation was received by Izadora Zubek, international partnerships officer. She presented the status, structure, and various missions of the High Authority, and how they were changed by legislative developments that occurred since the adoption of the laws on transparency in public life in October 2013.

The control of asset and interest declarations of public officials particularly attracted the attention of Vietnamese civil servants. Questions were asked on the scope of declarants, the information included in declarations, and the verification mechanisms. Furthermore, the delegation was interested in the sanctions applied in France for non-compliance with declarative obligations, and in the publicity of declarations of certain public officials. The detection and management of conflicts of interest were also addressed.

On 11 October 2018, the High Authority welcomed Mr. Sékou Koundouno, a Guinean guest of the International Visitor Leadership Program (PIPA) of the French Ministry of Europe and Foreign Affairs. Mr. Koundouno is the general administrator of the youth platform “Balai Citoyen”, a civil society organization that brings together 148 associations across Guinea. The organization’s work mainly aims at promoting citizenship, fighting corruption, consolidating a peace culture and boosting democratic values.

Mr. Koundonou’s study visit notably focused on promoting transparency and good governance. In this context, Yann Adusei, deputy head of the Communication and Public Affairs Division, presented the High Authority’s open data and open government strategy. This presentation highlighted the issues involved in the publication of data from public officials’ declarations and from the lobbying register in an “open data” format, i.e. in an open format which is freely useable and exploitable by an automated processing system. Besides, the High Authority’s initiatives to engage civil society in the reuse of data were mentioned.

Discussions focused on the importance of civil society not only in the analysis of public data, but also in the oversight of public integrity. It was noted that French and Guinean citizens have similar expectations. Indeed, the probity of public leaders is a demand shared by the citizens of both countries.