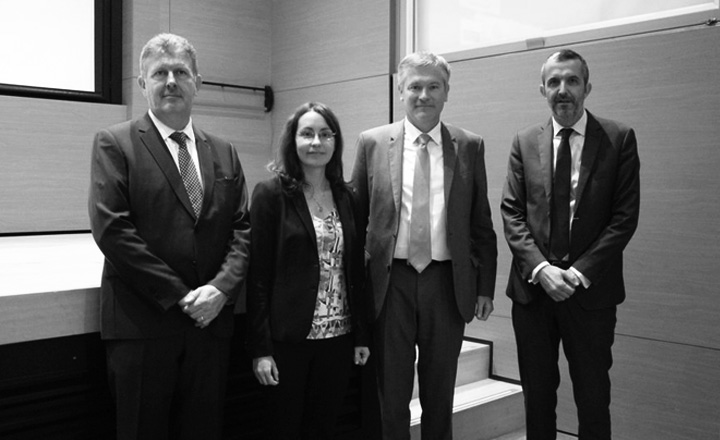 On 11 July 2018, the High Authority took part in the first French-Colombian Anticorruption Day, jointly organized by the French Embassy in Colombia and the Inspector General of Colombia at the National University of Bogota. While fighting corruption was a central theme in the Colombian presidential campaign, this event which gathered a hundred people – civil servants, academics and diplomats – was the opportunity to present the main mechanisms to fight corruption in France and to share good practices.

Alice Bossière, Deputy Secretary General, was there to represent the High Authority, alongside members of both the French Anticorruption Agency and the regional audit chamber of Ile-de-France. Ms. Bossière presented the action and the results achieved by the High Authority on monitoring the assets and interests declarations, framing revolving doors and preventing conflicts of interests. She pointed out the role of ethical advice played by the High Authority, a means of spreading a culture of integrity within the French institutions. The presentation also served to consider the need for transparency which has become in the last few years an expectation increasingly expressed by citizens.

These speeches were followed by lively discussions with the audience on the tools and conditions necessary for the success of anticorruption policies both on the preventive and on the repressive aspects. The impact of corruption on the economy was mentioned, as well as the protection of witnesses, the use of new technologies and the need to strengthen the monitoring mechanisms in Colombian local authorities.

All participants recalled the importance of developing links between the various actors of transparency, anticorruption and promotion of integrity at the national and international level, which is essential to implementing a coordinated and effective strategy.

Alongside this event, the French delegation met several supervisory authorities of Colombia – the Presidency’s Secretary for Transparency, the Inspector General of Colombia, the Comptroller General and the Attorney General – to consider possible areas of cooperation.