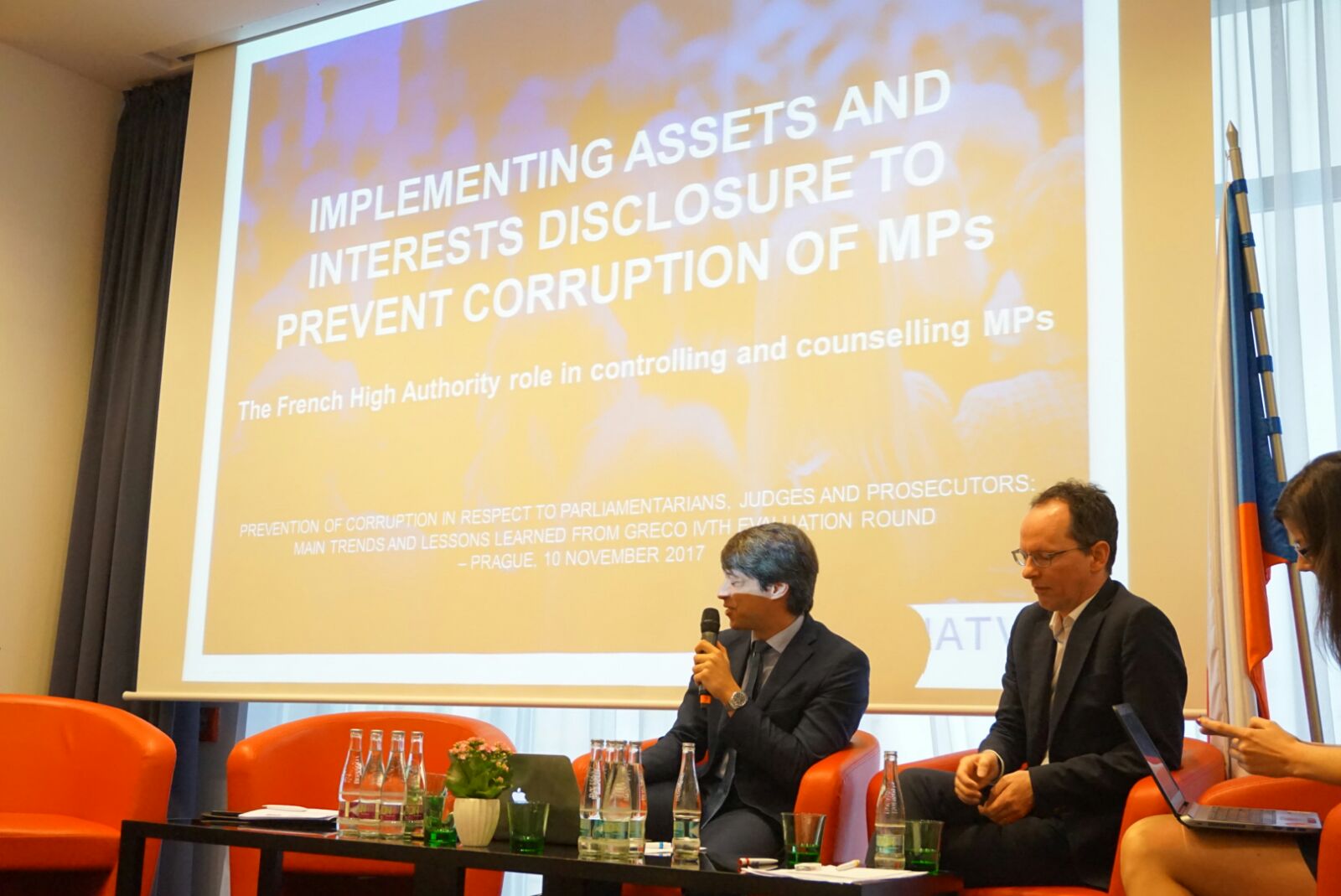 The first day was the occasion for Laura Stefan, anticorruption expert for the Council of Europe, the EU and the OECD, to present the conclusions of the report of the GRECO on the fourth evaluation round. The panels of the first day allowed to discuss about the recommendations and evolutions in the field of prevention of corruption for judges and prosecutors.

On 10 November, upon the invitation of the GRECO secretariat, the Secretary general of the High Authority for transparency in public life, Guillaume Valette-Valla, presented the missions of the High Authority in the framework of the last panel on prevention of corruption for members of Parliament. He notably talked about the need for matching missions, skills and available resources, but also about the importance of the independence of institutions tasked with missions of control and promotion of integrity. He described the mission of control of declarations, the importance of publication of interests and assets declarations of members of the Parliament and the specific regime of disclosure of assets declarations of members of the Parliament which is subject to a GRECO recommendation in its last evaluation report for France. In the end, he mentioned the last results of the institution and its new mission in the field of lobbying regulation. Indeed, with regard to the last topic, the Council of Europe recently adopted a resolution calling on member states to strengthen the regulation of relations between public officials and interest representatives. He intervened alongside Carl Dolan, head of Transparency International EU and Marcin Walecki, Head of the Democratization department of the Office for Democratic Institutions and Human Rights (ODIHR) of the OSCE who insisted on the need for greater transparency on expenses and decisions of members of the Parliament in order to the trend of erosion of trust of citizens in their elected officials.

After two days of discussions, Jan Kleijssen, Director for Information society and Action against crime of the Council of Europe, concluded the exchanges and highlighted the need for education and training in order to strengthen a culture of integrity as well as the importance of medias in this process.  The Czech Justice Deputy Minister, Petr Jäger, recalled that the topic is constantly evolving and that the fifth evaluation round opened by the GRECO  will represent a new opportunity to discuss about these mechanisms, for all countries, like Czech Republic, that are involved in fighting corruption in all its forms.