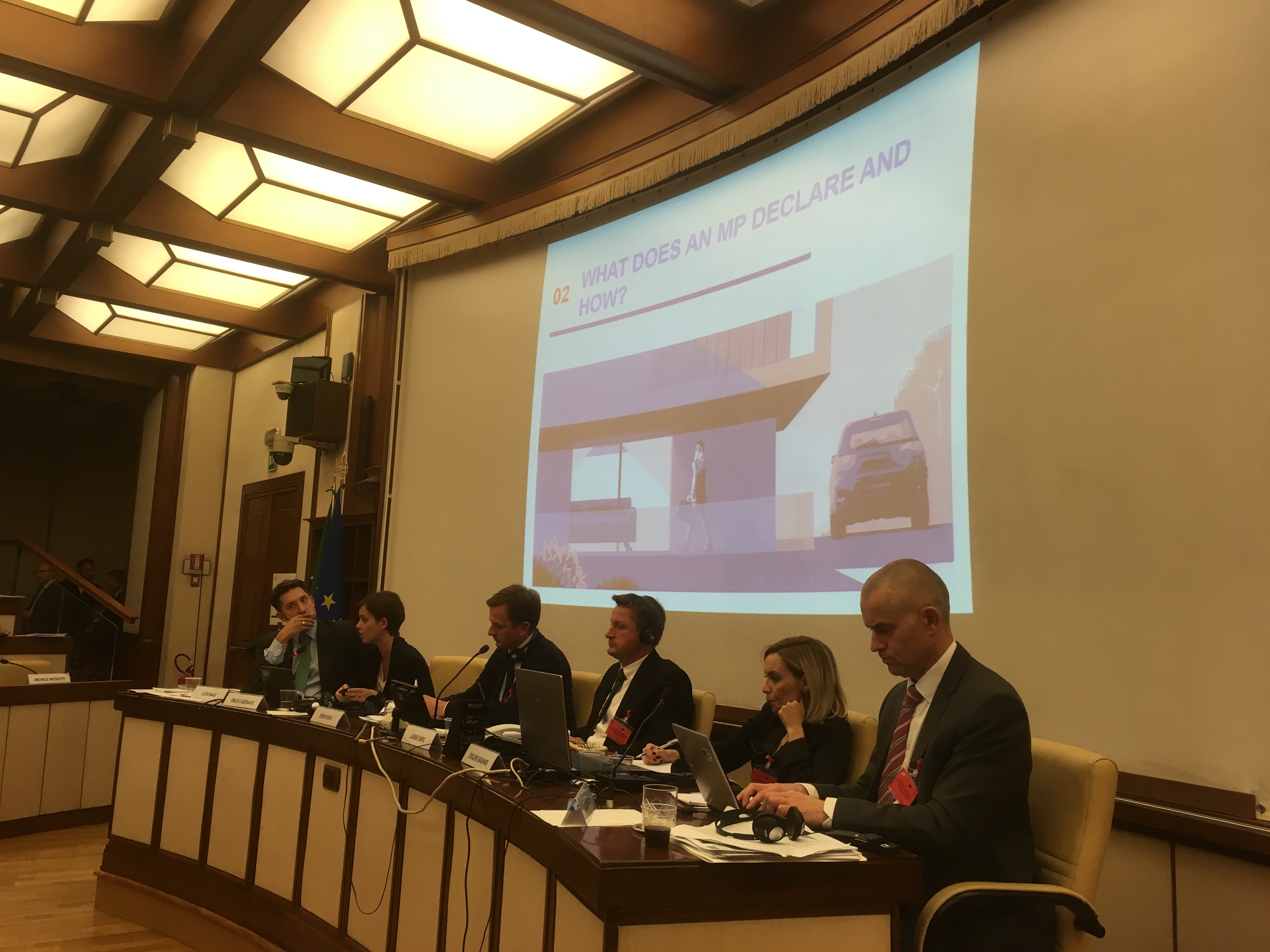 On 26 and 27 October 2017, the Parliamentary Assembly of the Council of Europe, in partnership with the Italian parliamentary delegation to the Council of Europe, organized a work seminar for MPs from Italy, Albania, Bosnia and Herzegovina, on the promotion of transparency and corruption prevention among MPs. During three panels, participants were able to discuss conflicts of interest and risks that MPs may encounter in this domain, the implementation of rules, of prevention and conflict management tools, and parliamentary immunities.

Emilie Cazenave, International Partnerships Coordinator at the High Authority for Transparency in Public Life, participated in the panel on the implementation of mechanisms for prevention and management of conflicts of interest. She presented the rules and mechanisms applicable to French MPs and the action of the High Authority in this context, one week after the open data publication of the declarations of interests and activities of the MPs from the 15th legislature. Evgjeni Bashari, Inspector, presented the action of High Inspectorate of Declaration and Audit of Assets and Conflicts of Interest of Albania. She highlighted that the number of administrative sanctions and cases brought to justice have increased in recent years. Jasmin Emric, Member of Parliament and of the Commission for Deciding on Conflicts of Interest in Bosnia and Herzegovina, described the structure and prerogatives of the Commission. Finally, Joeri Maas, Chief of Policy for the Director of the OSCE Mission to Bosnia and Herzegovina, reviewed the recommendations addressed to the represented countries and their record concerning the prevention of conflicts of interest and the integrity of MPs.

The high-level panel that took place on 27 October focused on the report presented and adopted by the Council of Europe on corruption prevention. It was the occasion for the Italian Parliament, the U.S. Embassy, the OSCE, the OECD and the Italian National Anti-Corruption Authority (ANAC) to recall the importance of education and training, and to also stress the importance of cooperation between authorities in charge of the fight against corruption and the prevention of conflicts of interest.

Following two days of exchange, the conclusions of the heads of delegation underlined the value for MPs of such meetings and of practical discussions on still little known subjects and in countries where legal and regulatory provisions are being currently debated in order to regulate the prevention of corruption and conflicts of interest, as well as to ensure their efficient management and effective sanction.