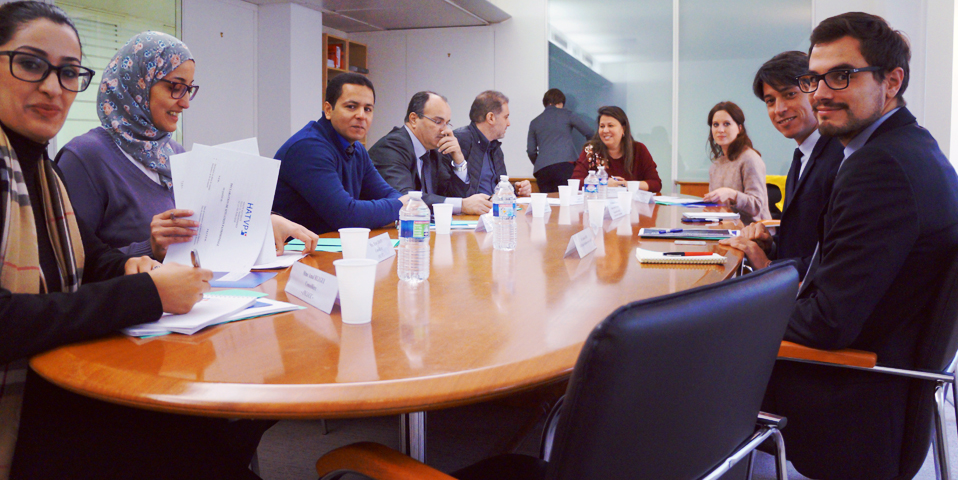 On 28 November 2016, a delegation composed by two Tunisian judges and four staff members of the National anticorruption instance (INLUCC) visited the High Authority in the framework of a study visit in France, organized by the Ministry of Justice, on the theme of the fight against corruption.

The reception of this delegation is embedded in ongoing discussions between the INLUCC and the HATVP since 2015 and visits of the HATVP in Tunisia at the invitation of the Arab bureau of the United Nations program for development, in March and in September 2016.

Tunisia is currently designing its national anticorruption strategy, which will be released on 9 December 2016, on the International anticorruption day. The main issue was to coordinate all actors of this field. A few days ahead of the publication of this document, they were thus received by the secretary general of the High Authority, Guillaume Valette-Valla, and his collaborateurs, in order to exchange about the missions and means of the High Authority.

Discussions were rich and allowed to mention the whole process through which all declarations of assets and interests go, but also the means and the mechanisms implemented to control assets within the institution and with in cooperation with its partners, and the prevention of conflicts of interests and the counsel mission of the High Authority.