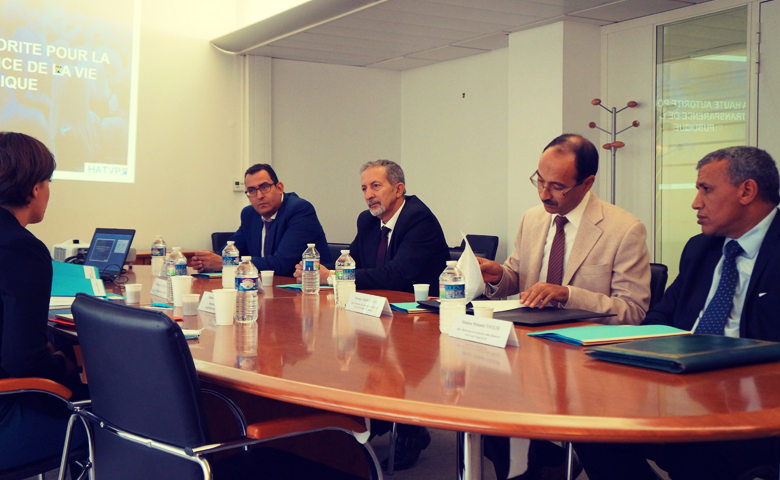 This visit took place in a context of strengthened cooperation between France and Morocco in the field of the fight against financial crimes. Indeed, financial dossiers represent 30% of international letters rogatory delivered to Morocco, which involved a rapprochement between specialized magistrates in France and in Morocco. Moreover, Morocco is implementing multiple reforms to fight against corruption notably with a hotline to denounce acts of corruption, with integrity tests within police forces and with the setting up of a national anticorruption pole in Rabat.

From 17 to 21 October, their visit mainly took place at the Paris Court of first instance, in immersion within the economic and financial section, and at the Ministry of justice. The Moroccan magistrates extended the theme of the visit to discover the missions of the High Authority, even if there is no such institution in their country for the time being.

The presentation delivered by the Secretary general of the high Authority, Mr. Valette-Valla, and the discussions that followed allowed to cover the genesis and missions of the institution, but also its means and methods for controlling declarations of assets and of interests or even its relations with other administrations and with the judicial authorities notably.