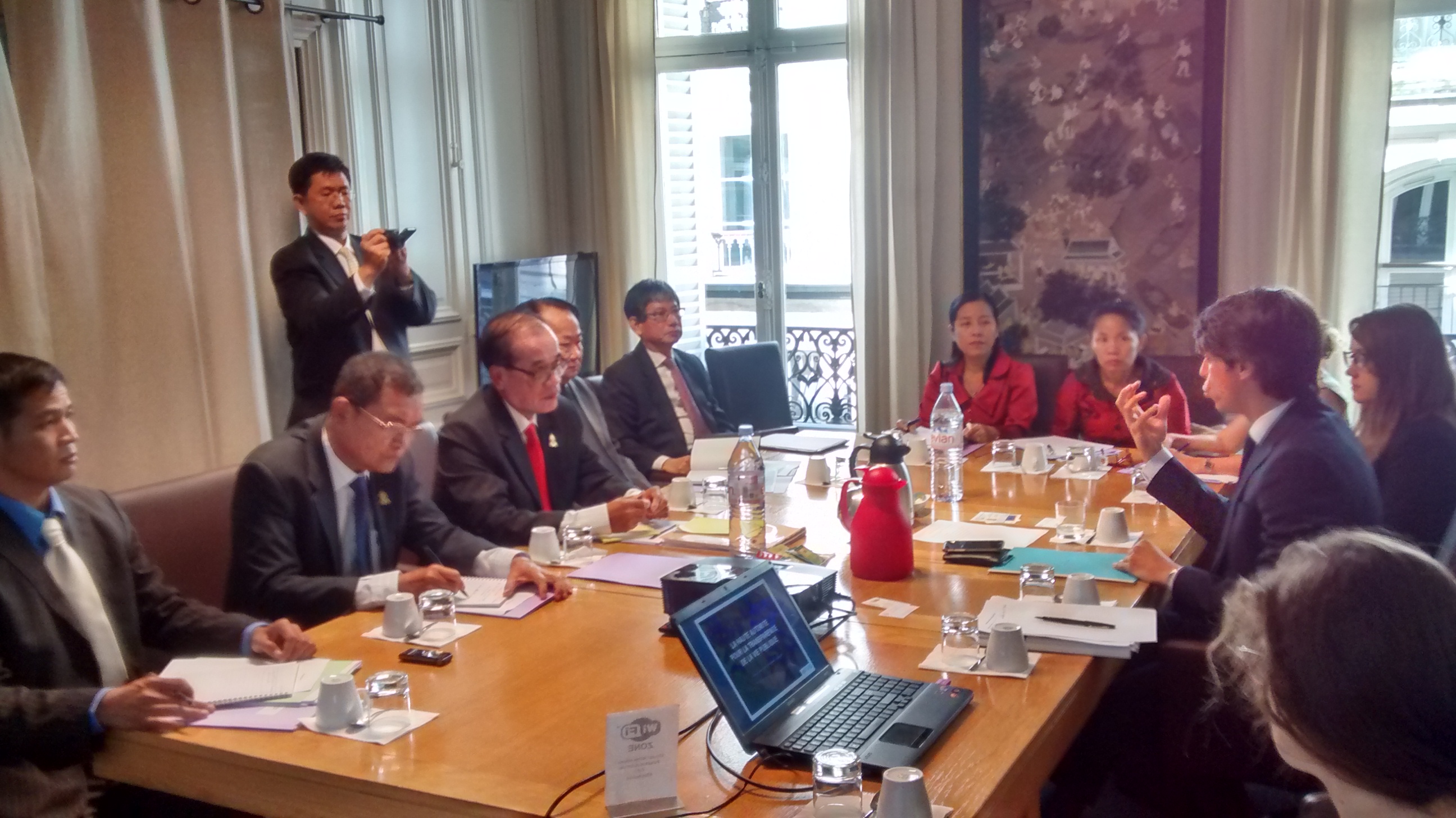 On July 4th, the Secretary General of the High Authority, Mr. Valette-Valla, welcomed a delegation from Cambodia led by Senator Chea Cheth, Chairman of the Commission of Finance and Vice President of the Cambodian-French Friendship Group.

Invited to the French Senate as part of the Friendship Group, the eight members of the delegation, senators and public officials, also had the opportunity during their stay in Paris to meet with Senator François Pillet, Chairman of the Parliamentary Ethics Committee of the High Assembly.

As an introduction, Mr. Valette-Valla presented the context for the creation of the High Authority for Transparency in Public Life, as well as its responsibilities. The system of declaration of interests and assets of 15,800 public officials, and the monitoring of these declarations, established by the law of 2013 on transparency in public life, particularly captured the attention of the delegation. Indeed, even though Cambodia has implemented similar obligations for its own parliamentarians, these disclosures are not submitted to an independent authority but to the Anti-Corruption Unit, a specialized organization under the control of the Ministerial Council.

The description of the mission of prevention of conflicts of interest delegated to the HATVP, in particular its role as an ethics adviser to the declarants and their institutions, gave the opportunity for rich discussion. The Cambodian system, according to Mr. Chea Cheth, is still incomplete. While some incompatibilities are instituted to limit situations of conflicts of interest of deputies and senators, no mechanism is in place to ensure their compliance with these obligations, a significant limitation to the scope of the program.

The Cambodian senators have initiated a process to draft a code of ethics, and the exchanges with French institutions, whether the HATVP or the Senate, will serve to enrich this reflection process.