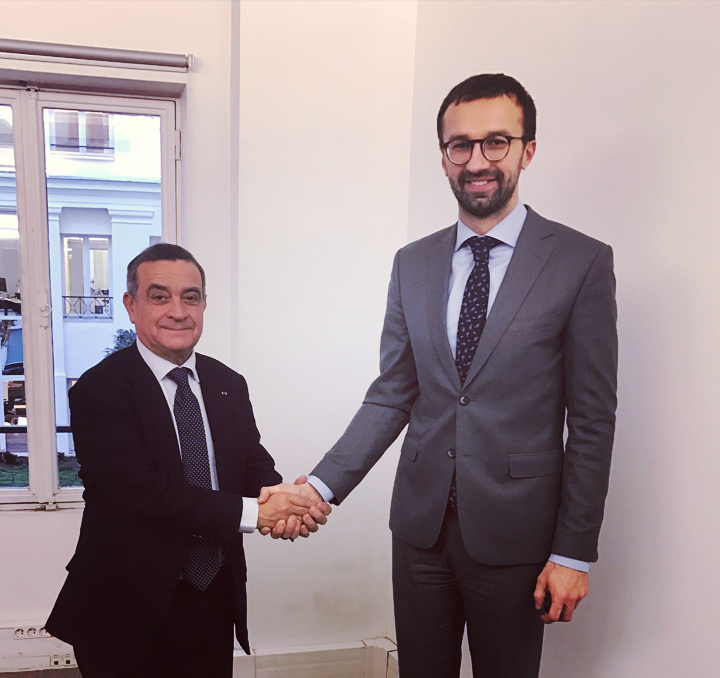 On 15 December 2016, Mr. Serhii Leschenko, a professional investigative journalist and a member of the Parliament over the last two years, was received at the High Authority by its President, Mr. Jean-Louis Nadal, in the framework of a study visit in France, notably on the theme of the fight against corruption. This visit was organized as part of the Invitation program of future personalities of the Ministry for Foreign affairs.

The presentation was focused on the missions of the High Authority, notably in terms of control of declaration of assets, prevention of conflicts of interests and of publication of such declarations. Indeed, Ukraine undertook major reforms in these fields over the last years and has just implemented and made public, last month, an online platform allowing to access declarations of assets of all public officials in Ukraine.

During the discussions, Mr. Leschenko mentioned the reforms in Ukraine, the role of the National agency on corruption prevention that was recently created in his country. He wanted to learn more about the content of the declarations in France, the thresholds or also the partners on which the High Authority relies to control the completeness, correctness and sincerity of declarations received. He also returned to the counsel function of the institution that allows public official to avoid potential situations of conflicts of interests and to the advisory mission on revolving doors for former ministers and high locally elected officials.