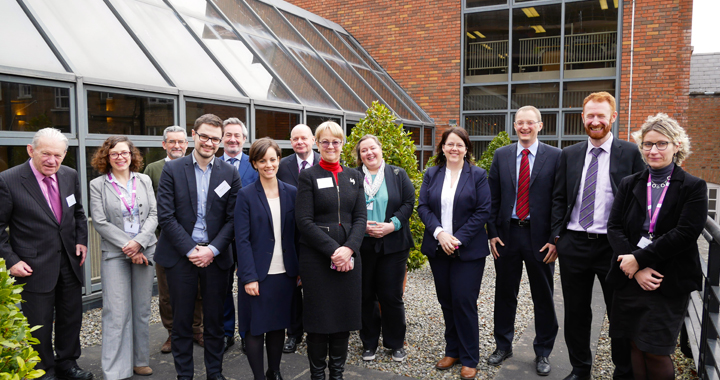 On 22 March 2018, the High Authority was invited to participate in the preparatory meeting of the European Lobbying Registrars’ Network. This first meeting, organized by the Irish Standards in Public Office Commission, brought together representatives of Austrian, British, Scottish, French, Irish, and Lithuanian registrars and of the common secretariat of the European Union’s Transparency Register.

This initiative aims to create a forum in which members can freely discuss their mission of regulating lobbying and its implementation on a daily basis. During the first meeting, the objectives pursued through such mechanisms were examined. Participants exchanged views on impact assessment and the measurement of compliance with the obligations and rules applicable to lobbyists and/or public officials. They also adressed relations with public officials and the impact of different institutions in proposed amendments and reforms to lobbying regulation.

Despite variations in the definitions of lobbying and the scope and stakes of regulations, a number of commonalities emerged from the exchanges. Firstly, all the represented mechanisms have been created since the early 2000s, much more recently than in the United States or Canada, for example.

Likewise, all registrars seek to improve the understanding of the relationship between public officials and lobbyists, as well as to achieve a better balance in the representation of interests and access to stakeholders. The participants also share a drive to enhance instruments at their disposal to ensure better control and traceability. Antoine Héry, head of compliance and data at the High Authority, and thus in charge of the implementation of the French lobbying register, focused on current issues in terms of monitoring and controlling influence activities on public decisions.

Moreover, these exchanges offered an opportunity to review ongoing reforms, particularly at the European level, such as the negotiations of a new interinstitutional agreement on the EU Transparency Register.

Networks of this kind already exist in North America, notably including examples from the U.S. and Canada, or like the Network for Integrity, created in 2016 and composed 14 institutions dealing with broader themes related to the integrity, ethics and transparency of public life. Nonetheless, such an initiative to discuss more specifically the regulation of lobbying had not yet emerged in Europe. The network shall henceforth be called to meet annually. Given the relevance of the subject in Europe, the initiative should expand in the future. The institution in charge of regulating lobbying in Poland has shown interest in the project and other mechanisms are already being implemented in Slovenia, for example. Finally, projects are being developed or under consideration in Spain, Italy or the Czech Republic.