Organized by the High Authority as part of the French presidency of the Council of the European Union, the conference « Ethics & transparency: which tools to ensure citizens’ trust? » gathered 120 high-level participants at the Hôtel de Poulpry, on June 9th, 2022, in Paris.

In his opening speech, Didier Migaud, president of the High Authority, highlighted the importance of discussions between authorities of Member States on the topic of public integrity, as well as the constant effort of scrutiny and pedagogy that public ethics require.

Věra Jourová, vice-president of the European Commission, in charge of values and transparency, and Emily O’Reilly, European ombudsman, spoke in turn, before debating with Didier Migaud on « Is transparency a necessary condition to strengthen citizens’ confidence in institutions? ».

The first panel, introduced by Jean-Marc Sauvé, honorary vice-president of the Council of State, was dedicated to the prevention of conflicts of interest. A debate followed between Françoise Tulkens, former Vice-President of the European Court of Human Rights and co-chair of the Federal Ethics Commission of Belgium, and Georgeta Luminita Nicolaie, director of the investigation and disciplinary office of the directorate-general for human resources and security of the European Commission.

The second panel of the day, which focused on the regulation of lobbying, was introduced by the former Prime Minister Bernard Cazeneuve, before a debate with Patrick Lefas, president of Transparency International France, Maria Olivan Aviles, coordinator of the EU transparency register, and Gemma Calvet i Barot, director of Barcelona Transparency Authority.

The fruitful discussions made it possible to compare the point of views of regulators from all over Europe, public officials and actors in French public life, high-level public servants and interest representatives, but also academics and civil society stakeholders, on matters that are essential to public governance.

As a conclusion to the conference, Didier Migaud mentioned the creation of the European Network for Public Ethics, bringing together national authorities from EU Member States. 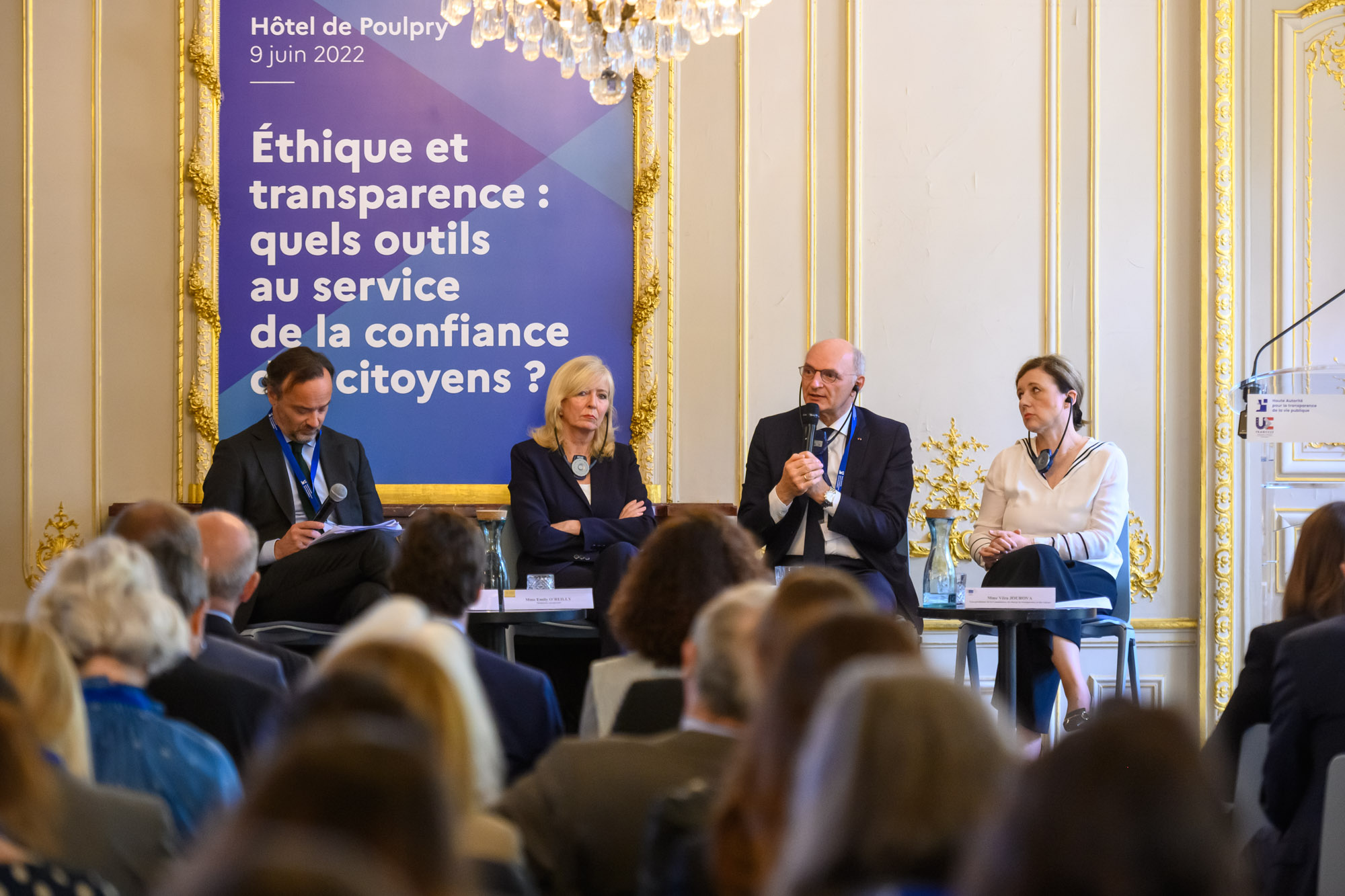 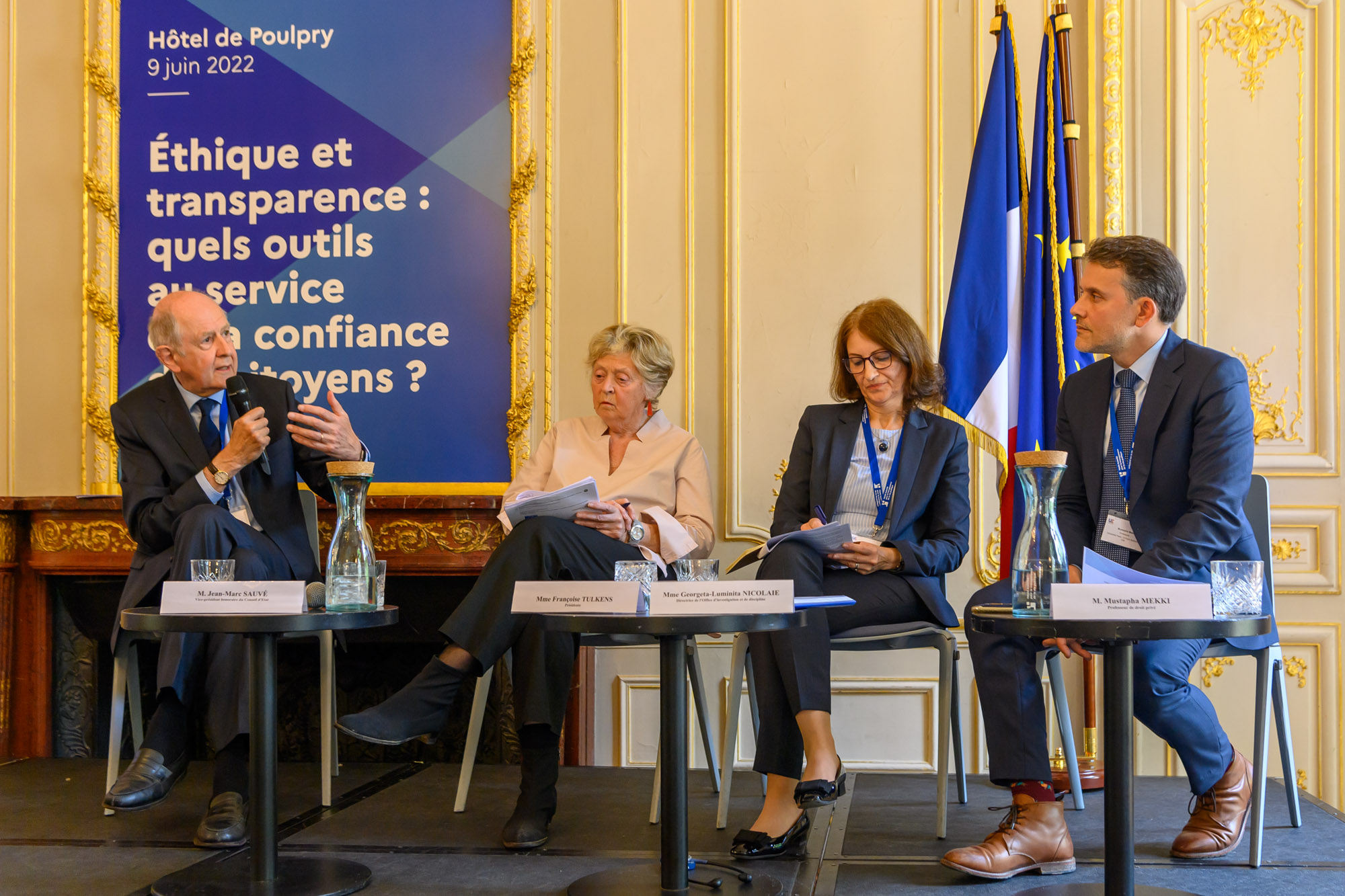 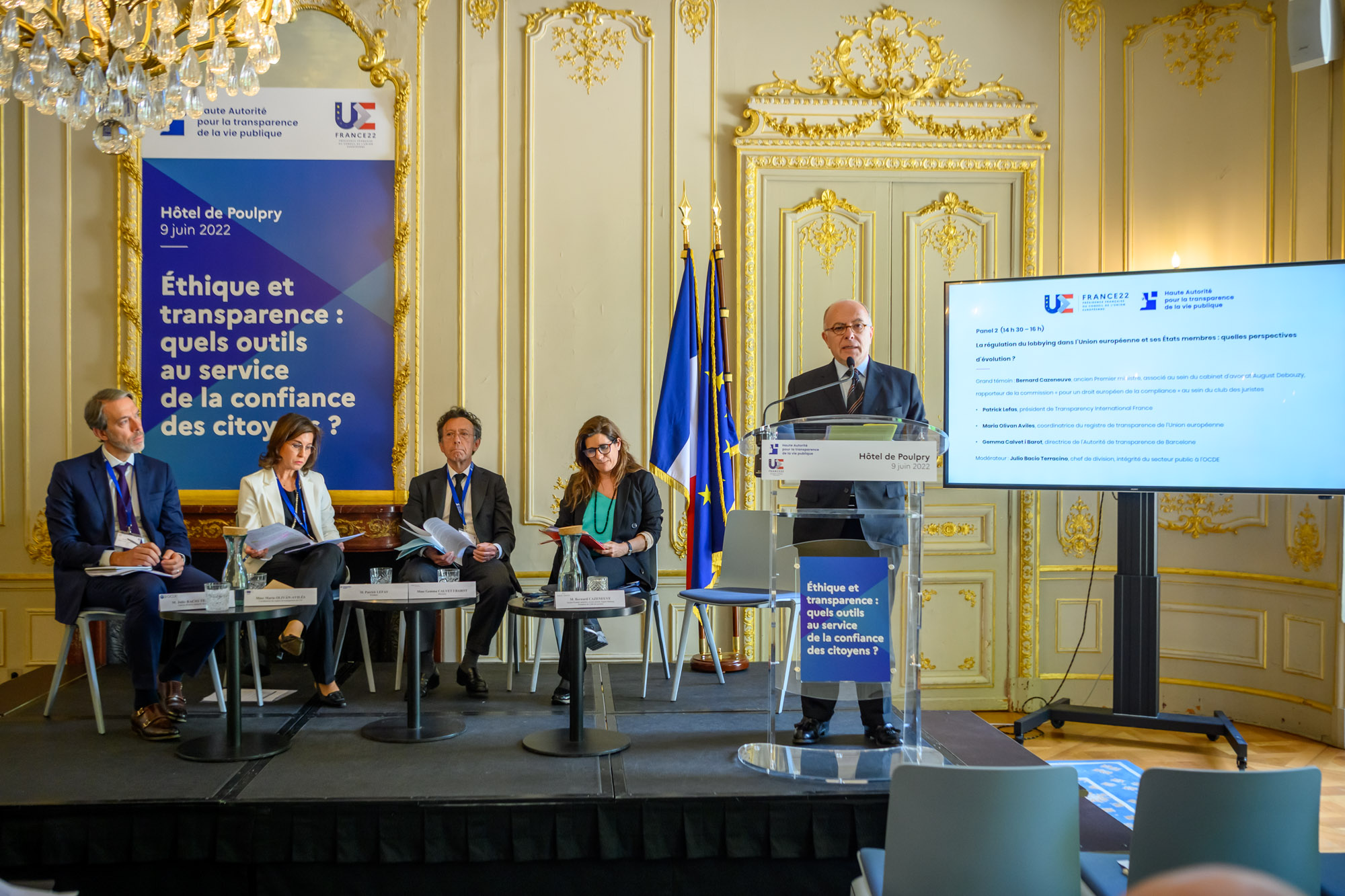